Rosadette is an orphan who was abandoned as a baby in a poor village. The villagers took pity on her, giving her a place to rest her head and odd jobs to do. She didn’t have many companions aside from her best friend, a rich fae who’s always looked after her. On her birthday, Rosadette is given a mission to meet on a hill at midnight. It’s a test she passes, but it ends in her punching a prince and being whisked away to Fae Rose Academy.

Fae are all about perfection, and Rosadette is anything but. So, when she’s invited to become a student, she has major doubts. She can’t be fae. She’s too ordinary, and she’s never used the elemental magic the other students do. But her friend Chamomile will be attending the academy, and living in a castle is appealing.

There are two academies, one for dark fae and one for light fae. Rosadette will be at the school for light fae which is run by the king and queen of the prince she knocked out. She doubts she’ll fit in, and an entrance exam debacle proves her right. But bullying won’t keep this secret fairy from learning magic and studying fae history to ascend to someone worthy of being the queen’s apprentice.

What she doesn’t know is that she’ll have to impress more than the queen. Xavier has her magical rose, and he is to date her because there’s a prophecy that she’ll heal the kingdom. But Xavier is a royal jerk, whereas Prince Rainer is a class A stud with a heart of gold, even if he has an ex-girlfriend whose jealousy of Rosadette prompts a gang of mean girls to come against Rosadette.

I love that this book mentioned periods because women have them, so it’s weird that they rarely pop up in books. And though it did feed into the notion that PMS can make woman rude (which I’m not a fan of), it made them more powerful when they were on their period (which was awesome).

Another surprising element of this book was the fae type of arranged marriage where a rose appears to the man so he’ll know they’re a match. However, if the love is not nurtured, the rose will wilt and the chance at love will be lost. In the beginning, I was hoping Xavier was just brooding guy who Rosadette would change for the better. So, when Prince Rainer showed up and was friendly to Rosadette, I wasn’t sure what the authors were trying to do or if this was to become a love triangle.

Rosadette had enough to deal with: her new life, school, and mean girls who literally put a death curse on her. I didn’t want her to have boy trouble too. Knowing that Xavier was meant for her, I wanted to see it happen. I didn’t want to love Rainer only for fate to break my heart. But I couldn’t help it. Xavier just got worse and worse, and Rainer got sweeter and sweeter. This is a series, and authors like to trick readers by switching up relationships. I hope that doesn’t happen here because her choosing Rainer sends a powerful message that girls don’t have to settle for an abusive relationship.

It would take a crap ton of change for me to pick Xavier over Rainer at this point. Avery Song and Quinn Ashwood do such a great job of establishing Xavier as a villain by the end of the book. As always with these authors, the endings are the best. Book one is all about Rosadette finding self-worth and standing up for herself. But the end sets the stage for a wicked adventure I can’t wait to go on.

I’m especially excited because I haven’t read a book set in a fae society in years, and I want to see the world beyond the academy and if Rosadette will learn her destiny and fall even deeper in love with Rainer. If you like coming of age paranormal fantasy with a hot love interest and Beauty and the Beast vibes, you’ll love this. You may also enjoy the Wings series by Aprilynne Pike. 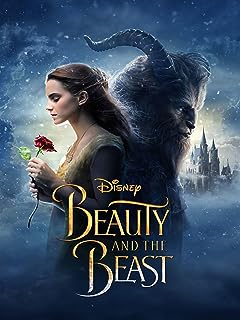 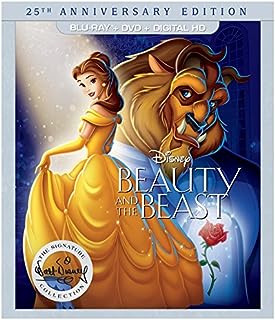 *This post contains Amazon Affiliate links. These do not affect price, but I may receive a 4% commission.